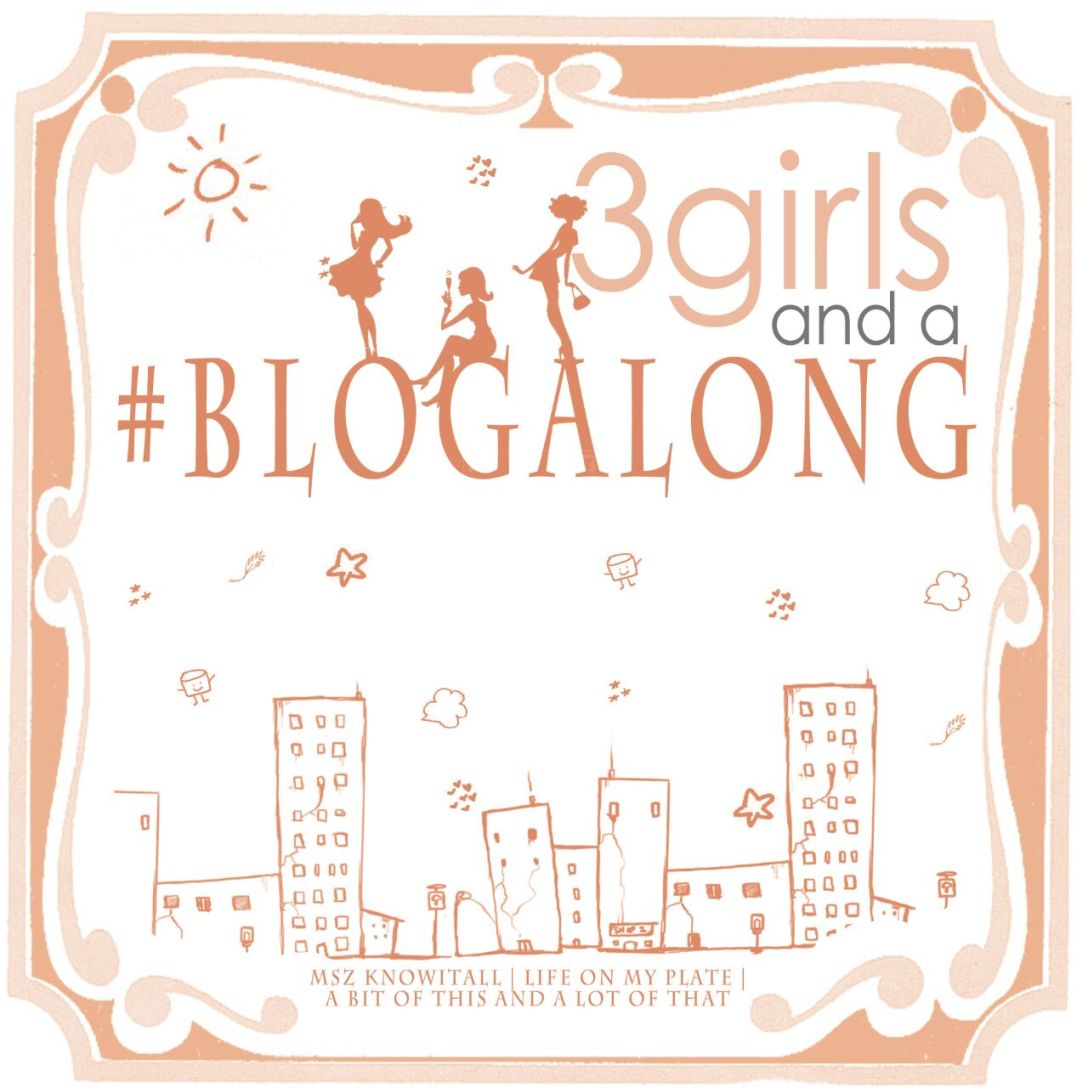 With all of this ignoring the blog and admitting I have a mental block plus lazy ass there has been one silver lining: my reading has gone up tremendously.

I was on an Amitav Ghosh reading spree the last few weeks. Finished books 1 and 2 of the IBIS Trilogy and just last week I finished the Hungry Tide. 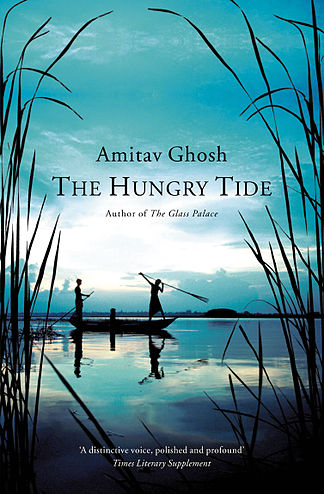 What a book. I’m so guilty of doing this but every time I read an Indian author, however global he/she might be I immediately stake a claim on them. Like “Indian writers are just so brilliant. And so lyrical.”

How do you lose a word? Does it vanish into your memory, like an old toy in a cupboard, and lie hidden in the cobwebs and dust, waiting to be cleaned out or rediscovered?

There was a time when the Bengali language was an angry flood trying to break down her door. She would crawl into a closet and lock herself in, stuffing her ears to shut out those sounds. But a door was no defense against her parents’ voices: it was in that language that they fought, and the sounds of their quarrels would always find ways of trickling in under the door and thorugh the cracks, the level rising until she thought she would drown in the flood…The accumulated resentments of their life were always phrased in the language, so that for her its sound had come to represent the music of unhappiness.

How does one even think of putting together words in such a frame. When I have to frame long, lyrical sentences my framing is juxtaposed with a lot of like, so there, and then and that, and the lyrical loveliness is only provided by the hmms and aaahs in the frame. And I think I have it in me to be a writer? Hah!

The Hungry Tide is about 3 people Piya, Kanan and Fokir in the Sunderbans searching for the mysterious endangered river dolphin, Orcaella brevirostris. Each has their own agenda for being there but the book is so much more than just a story of 3 people. Set in the Sunderbans, it talks about the animals and what humans have done to their habitat. Yet at the same time it turns the lens back on those humans who value animals over other humans.

I cried my eyes out when the villagers burned the tiger and agreed with all of Piyas arguments against it. Yet in the same book when they described a bunch of refugees being burned down by thugs of the government it did not affect me to the extent like it did with the tiger.

In my head I truly believe we have taken a lot more from animals than they have ever taken from us. It’s the rule of mankind now, survival of the fittest and unfortunately our non human living companions don’t have the support of technology like we do. It is also not fair of me to paint mankind with the same brush but unfortunately in our progress, there have been casualties in mankind and wildlife alike. It isn’t like animals have taken over the world. Not yet, at least. (Animal Farm anyone?) When does it stop, if it ever does?

The book also highlights the connection between Piya the NRI and Fokir the villager who don’t speak the same language yet are bound by their common interest and understanding of the dolphins, one for scientific reasons, the other superstitious. The journey on the river is fascinating because they are able to get by with very few words. You almost want them to fall in love, yet there is a very interesting moment in the book when the villagers are burning the tiger down and Kanan the city slicker (and the interpreter) is trying to stop her from going between the agitators and tiger. She brushes him aside and rushes to Fokir hoping and knowing he will do something to save the poor beast. But he doesn’t and in fact, drags her away from there. It surprises the reader (at least a reader like me) and even Piya until Kanan interprets what Fokir is saying, ” when a tiger comes to a human inhabited area it wants to die. So we should let it die.”

It sounds so poetically just for an illiterate villager to say these things. The literate in me wants to scoff at him and berate him for justifying this action. But which one of us actually knows what that animal wants or does not want.

And why do we always assume we know what an animal wants.

Will we ever know truly?

Set in Sunderbans, Amitav Ghosh has done a magnificent job of describing the landscape and the uniqueness of the surrounding topography that makes the Sunderbans what it is. It feels like the river is alive, and takes on a form depending on the time of the day, or season of the year. It envelops the islands in the Sunderbans when the tide is high, and then reveals so much more when it falls low. India’s own Amazon and I have been so ignorant of it.

Pick this book up, lie back and picture a haunting forest, its territorial fauna, and the mellifluous communications of three different individuals and enjoy the read.

I am officially an Amitav Ghosh fan. Cannot wait to read the rest of his brilliant works.

This post is a part of the 3Girls and a #BlogAlong monthly link-up, hosted by Pooja from A Bit of This and a Lot of That, Upasna from Life On My Plate, and yours truly. It is the season of louurrrveee and we want to know what you truly love… Be it travelling, eating, cooking, or reading, like mine. This month’s theme is All about Love! Come join in on all the fun! There are no limitations to what you want to add to the link up. Let’s talk about love :)

To #BlogAlong with us, here’s what you have to do:

The link-up will remain open from the first Sunday of the month, until the 21st of February 2016…!

Hey Hey, What do you have to say? Cancel reply

I Scribble A Lot

Who be sayin’ what

This isn’t the most flattering image of my family I could ever share publicly. I mean, look at us in all our 90’s so-awkward-being-clicked glory.
On our way back from daycare today, Meera and I crossed a group of young girls. Chatting away loudly, giggling ever so happily, these pre-teen ladies and their exuberance were a soothing balm to my work-worn senses. But to my daughter, they were a sight to behold.
Growing up, having a dad with a leap year birthday was so fascinating for me. I used to revel in his uniqueness of being born on 29th February as if it was my story to tell. I always thought my dad was special. The chosen one.
There’s this story Anuj had once told me about his time in Handwara. Actually he told dad this story and I was in the room. They both were laughing & sharing their fauji camaraderie and I was the civilian in the room. So I barged in and demanded a re-telling. my FOMO spared no one, least of all my sibling.
Today is all about Anuj - our brave brave boy. I say boy because I always picture the 11 year old gangly pre teen sitting next to me, in our Maruti 800, getting all giddy when dad would get salutes.
This daughter of mine doesn’t let me comb her hair. Unlike my curly mop she has straight strands, sleek but very much unruly. They are constantly in her face, in her eyes, and it drives me crazy as I keep repeating “brush your hair out of your eyes, darling”. I chase her around the house with her rainbow brush, the one she asked for, but that doesn’t seem like a game she wants to play.
Loading Comments...
Comment
×
<span>%d</span> bloggers like this: